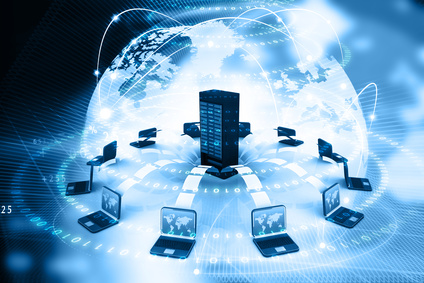 Active Directory is an extensively-used service on many enterprise networks. Besides offering authentication and authorisation services in Windows domain-type networks, Active Directory supports several other capabilities, which makes it popular.

In this article, we are going to talk about four significant features improved in AD DS.

Microsoft has introduced privileged access management (PAM) feature to assist in safeguarding AD DS from credential theft attacks. Examples of such types of attacks include spear phishing and pass-the-hash.

At its core, PAM depends on the Microsoft Identity Manager (MIM) as well as a domain functional level that is not below Windows Server 2012 R2.

With the creation of the trusted Active Directory environment, MIM can now determine the assigning of permissions to users.

What’s more, membership to the groups is time-bound. MIM has an expiring links feature which allows memberships to be revoked after the allocated time period elapses. Users are given just enough time to complete the allocated administrative duties. This time-controlled membership is defined as a time-to-live variable.

If a user enjoys time-controlled membership in several security groups, Microsoft has included improvements in Kerberos Key Distribution Center (KDC) to take care of such a situation by restricting his or her Kerberos ticket lifetime to the lowest attainable time-to-live value.

Furthermore, PAM also provides improved monitoring tools. As such, it makes it easy to quickly establish the users who requested access permissions, the level of access that was given, and the type of tasks that were completed.

With the Azure Active Directory Join feature, you can deploy your identity management tasks to the cloud and benefit from centralised management for your corporate and personal devices.

This new feature enables users to access Oxygen Services without the need of a Microsoft account. Oxygen Services, with its various features and settings, will be available on devices that are connected to on-premise Windows domain as well as devices connected to the Azure Active Directory account.

Azure Active Directory Join also allows devices, whether they are corporate-owned or BYOD, to benefit from single-sign on web applications. It also allows those devices to be managed using the Mobile Device Management (MDM) integration tool, even if they are not in the Windows intune tool.

It is also possible to use the feature to configure “Kiosk” mode for shared corporate and personal devices. There are also some developer improvements that enhance the process of creating applications for both enterprise and personal uses.

The use of weak credentials is one of the major security issues facing the IT industry today. Most users do not care about their password security and engage in insecure habits like using the same password in numerous places, using poorly crafted passwords, and using simple passwords that are easy to guess.

Fortunately, Microsoft Passport intends to provide a solution to this issue. It incorporates two-factor authentication techniques that enhance the security of users’ passwords without needing the traditional, complex methods like physical smart cards.

Microsoft Passport is created to work together with Windows Hello (the in-built biometric sign-in for the Windows operating system).

Its two-factor authentication technique utilises the credentials available to the user together with the precise credentials of the device the user is accessing. Every user accessing a device is given a precise authenticator (referred to as hello) or a PIN, which verifies the identity of the user before being allowed access.

Additionally, the Passport feature can also be used in FIDO (Fast Identity Online) accounts. With the FIDO capabilities, Passport can be used in extensive array of platforms and devices, eliminating the need to remember multiple passwords.

There are a few features that are no longer supported in Windows Server 2016. For example, the old File Replication Service (FRS), which was utilised to replicate folder data between servers, has now been exclusively replaced with Distributed File Service (DFS) Replication. DFS is useful in replicating SYSVOL.

Therefore, it is recommended for companies to increase their functional level to Windows Server 2008 (or even to a higher level). Shifting to the higher functional levels guarantees optimal SYSVOL replication compatibility as well as faster support for enhanced performance.

Each of the above Active Directory features are intended to enhance the experience of the large community of Windows Server 2016 users.

PAM offers a technique for preventing credential theft when data is being exchanged in very sensitive environments.

Finally, the deprecated features points to Microsoft’s commitment to eliminate flaws and inconsistencies in Windows Server 2016.

Here is a guide how to set up Active Directory in Windows Server 2016: https://blogs.technet.microsoft.com/canitpro/2017/02/22/step-by-step-setting-up-active-directory-in-windows-server-2016/

Download your Free Edition of the easiest and fastest NTFS Permission Reporter now!