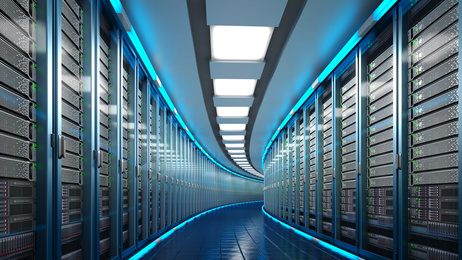 .When we look at IT businesses today, the most common spoken word is the “cloud”. Cloud computing made a huge impact in a way of functioning and business organization.

But with more possibilities, usually we get more problems. And one of biggest challenges with doing business in the cloud is security and access control, especially in organizations with the need of extranet access.

With that in mind, Microsoft has introduced an improvement to the Microsoft Windows Server 2016 system.

Active Directory Federation Services (ADFS) provides access control and single sign-in across a wide variety of applications like Office 365, cloud-based SaaS applications, and other applications on the corporate network.

It enables organizations to provide a sign-in and access control to both modern and legacy applications — on-premises and in the cloud — with the unified set of credentials and policies.

ADFS was first presented as an additional download in Windows Server 2003 R2 edition. But in the Windows Server 2016 edition, it became one of the most significant components of the system.

ADFS 2016 has numerous improvements to offer. But the two most important ones are the three new options for signing in without using passwords and support for any LDAPv3 directory.

The first option is the use of the Azure Multi-Factor Authentication (MFA) adapter for ADFS. Azure MFA can be configured for intranet or extranet, or as part of any access control policy.

This can be allowed by enabling the following policies:

The Windows Hello for Business (formerly known as Microsoft Passport for Work) feature can replace passwords with strong two-factor authentication that combines an enrolled device with a PIN or biometric (fingerprint or facial recognition) user input to sign in. ADFS 2016 supports this way of authentication and enables user sign-in on all ADFS applications without the need for a password.

Another improvement in ADFS 2016 is support for a combination of Active Directory and third-party directories. With the addition of ADFS support for authenticating users stored in LDAP v3-compliant directories, ADFS can now be used for:

Earlier, this operation was pretty painful for administrators. It required building completely new parallel server farm and export of configuration from old one which will then be imported into a new one.

In ADFS 2016, Microsoft took a different approach, and simplified the process by a lot.

Other than these, some more important new options and interesting features of ADFS 2016 are:

ADFS 2016 provided the best improvements in the development of the Windows Server systems, especially in the extranet access situation. Most experts agree that listening to user feedback made a significant impact.

Storage on Windows Server 2016: An Overview
Scroll to top