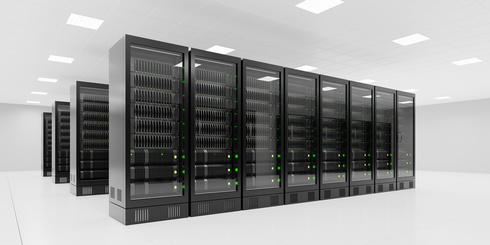 NTFS (New Technology File System) permissions are usable to drives formatted with NTFS. NTFS permissions affect local users as well as network users and they are based on the permission granted to each user at system login, no matter where the user is connecting.

NTFS File System is a hierarchical structure, with disk volume on top and folders as branches. Each folder can contain numerous files or folders, as leaves in that node. Folders are referred as containers or objects that contain other objects.

In that hierarchy, of course, there is need to define access rights and permission per user or group. For that, permissions are used.

Each permission that exists can be assigned in two ways: explicitly or by inheritance.

Permissions set by default when the object is created, or by user action are called. Explicit permissions and permissions that are given to an object because it is a child of a parent object is called inherited permissions.

Permissions are best managed for containers of objects. Objects within the containers inherit all the access permissions in that container. The first thing to specify when establishing permissions is granting access to the resource (Allow) or not (not Allow).

After setting up permission, resource assets are controlled by the Local Security Authority (LSASS), and it checks the security of user that tries to access it. If SID (security identifier) is valid, LSASS allows usage of an object and all inherited objects in the structure.

File permissions are superior to folder permissions unless the Full Control permission has been granted to the folder.

Deny permissions generally are superior to allow permissions, it is not always the matter. An explicit “allow” permission can take precedence over an inherited “deny” permission. The hierarchy of precedence for the permissions can be set as follows, starting from higher to lower:

When NTFS permissions are used alongside Share permission, there could be a conflict in the configuration. In those cases, an option that is applied is one that is most restrictive.

It is possible to combine both permission sets to access the resources on an NTFS volume. First, it is needed to share folders with the default shared folder permission and then assigns NTFS permission to a shared folder and to secure files that way.

So, in the hypothetical situation of moving or copying files or folders from NTFS permissions to a shared folder. The question is, is it possible to force files and folders to inherit permissions from the parent, regardless of how they get in a shared folder (copied or moved)?

The short answer is yes.

When files are copied or moved, all permissions are inherited from the destination. This makes things much easier to administer and gives users less chance to accidentally create file/folder structures with incorrect permissions without knowing.