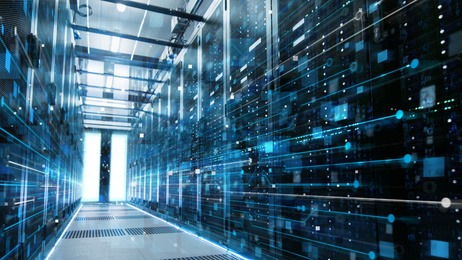 Most common File System Attacks on Microsoft Windows Server systems are an Active Directory targeted attacks, which is, based on a fact that AD is a “heart” of any Windows-based system. The bit less common, but still, very dangerous ( and interesting), can be File system attacks.

In this article, we investigated most common ways of filesystem attacks and protection against it.

The goal of File System Attacks is always the data, pieces of information stored on a server, important for any reason to any side that planned an attack. To get to data, first thing, attacker needs are credentials, as more elevated account, as better.

In this article, we will not write about credentials theft, that could be a topic for itself, but we will assume, that attacker already breached organization, and got the Domain administrator credentials.

The first step is finding the Data, a place where it “lives”.

For that, the tools are coming out the front. Most of the tools, attackers are using, are penetration testing tools, like, in our example smbmap, or PowerShell ( we will show both ways)

So with a usage of Smbmap’s features, attackers will find all the file shares on those hosts and determine what sort of access, Permissions, and more detailed info about any file share on the system.

Another common way of determining the data location is PowerShell based.

By definition – PowerSploit is a collection of Microsoft PowerShell modules that can be used to aid penetration testers during all phases of an assessment.

And like smbmap, PowerSploit has a huge number of features. For finding data shares, attackers use Invoke-ShareFinder cmdlet, which will, in the combination of other PowerSploit features, show exactly the same things as smbmap, that means all information necessary to access and use data.

Of course, examples, above, are a just brief description of attacks that can list your data shares to the potential attacker, but, no matter, it is clear, that listing your data is a first step to getting it.

So here are some recommended actions to protect your system:

Monitor first time access activity – this is more an admin tip than a protection method, but it can be important. If you notice, a user has a right to share but never used it, and all the sudden, activity on that account changes, and steps out of “normal”, it could be a sign that account credentials are hijacked.

Check for potentially harmful software, not as malware, but a hint. SmbMap is built in python, so if noticed, sudden installation of python software, or PowerSploit module on your system, that could be an early alarm that something suspicious is going on your servers.

So now the potential attacker know where the data on our hypothetical server “ live”. The next step is narrowing the data down on “interesting”. There could be huge amounts of files in even the smallest organizations. How can attacker know which data is one he/she need.

With PowerSploit, functionality used is called Invoke-FileFinder.  It has a lot of filtering options, to narrow down data to “interesting”, and export it to CSV files, which allows attacker to explore it on his own system with wanted pace, and after detecting it, attacker can make a targeted attack, and get needed files to staging area, and transport them out of the network ( via FTP, or even Dropbox trial account).

The same thing happens with SmbMap. Just as PowerSploit, it will filter out the data with options, the tool can provide, and show the data, the attacker is interested in, with the same outcome, getting pieces of information.

With this example, a hypothetical attack is in the second phase. The attacker, successfully listed files and found the most interesting ones. The easy part is left undone. Just taking the data. How to protect from that? Together with earlier mentioned methods, the following can help administrator fortify system and files.

Password rotation – Can be very important action, especially for services and applications that store passwords in filesystems. Constantly rotating passwords and checking file content can present a very large obstacle for the attacker, and will make your system more secure.

The final part of the file system attack. In the hypothetic scenario, we had listed and accessing data on the penetrated system. And here we will describe how attackers persist in the system, even when they get kicked out the first time.

Attackers hide some of their data into the NTFS file system, more accurate, in Alternate Data Stream ( ADS). Data of a file is stored in $DATA attribute of that file as NTFS tracks it. Malware vendors, and “bad guys” are tracking ADS and use it for entrance, but still, they need credentials.

So as usual, they can be stopped by correct permissions usage, and not allowing “write” permission to any account that is not specifically assigned for write operations.

File System Attacks are tricky, but they are leaving traces, and in general, most of the attacks should be prevented by System Administrator behavior and predictions. In this field, we can fully say: it’s better to prevent than to heal, and it is clear that only knowing your system fully, and full-time administration and monitoring will/can make your system safe.

Do you want to avoid Unwanted File System Attacks on Microsoft Windows Server?