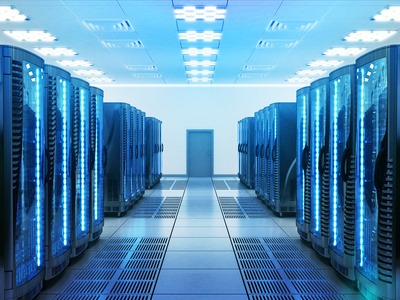 Alternate Data Stream (shortened as ADS) is a feature of the Windows New Technology File System (NTFS) that, surprisingly, has both good and bad aspects.

In this article, we’ll uncover both its two sides so that you can be prepared at using it.

What are Alternate Data Streams?

An Alternate Data Stream is a little-known feature of the NTFS file system. It has the ability of forking data into an existing file without changing its file size or functionality.

Think of ADS as a ‘file inside another file’.

ADS exists in all versions of Microsoft’s NTFS file system, and it has been available since Windows NT was released.

It was originally intended to allow for compatibility with Macintosh’s Hierarchical File System (HFS).

So, what can you do with Alternate Data Streams?

ADS can allow you to store any type of file, such as texts, audios, videos, images, or even nefarious codes like viruses or trojans.

ADS contains metadata for identifying files according to various attributes, such as author, title, date modified, and more.

Before we look at how an attacker can hijack ADS for malicious reasons, let’s talk about some of its benefits, as described below.

Basic DOS commands like type can be used, in conjunction with the [ > ] redirect symbol and [ : ] colon symbol, to fork a file into another file.

Let’s demonstrate the steps of using ADS to hide information in a file.

Step 1: Open the terminal and create a text file

This command saves the given string to a text file called file1.txt

Step 2: Confirm the contents of the file

Let’s now confirm the contents of the file by using the type command, as shown below.

Today is going to be a great day

Everything is working well, just as expected.

Then, let’s check the directory listing.

C:> echo The sun is all up and the coast is clear > file1.txt:hidden

It appears that we have created a new file called file1.txt:hidden, which is not the case.

We have just created an Alternate Data Stream within the file1.txt file under the name ‘hidden’.

In fact, if we try to examine its contents, the Windows prompt will return an error, as illustrated below.

The filename, directory name or volume label syntax is incorrect

However, we can reveal the contents of the file, as shown below.

The sun is all up and the coast is clear

Remember, the ‘original’ data stream is still there.

Today is going to be a great day

Yet, when we check the directory, there’s only one file, which is file1.txt.

Here are three interesting points to note about the last directory listing.

Alternate Data Streams enables information to be hidden within other files. As such, it can be a security risk.

An attacker can easily store malicious codes or payloads and use them to cause damages to your system.

The above command copies the Windows calculator program into an ADS file called calc.exe, which is linked to file1.txt.

To launch the hidden calc.exe copy from its ADS in file1.txt, an attacker can run the following command.

Now, suppose that was not a calc.exe file but a destructive malware, it could lead to extensive damages to your system.

The greatest challenge with Alternate Data Streams is that, if used for nefarious purposes, they are extremely difficult to detect, unless you use third party applications.

Additionally, ADS cannot be turned off.