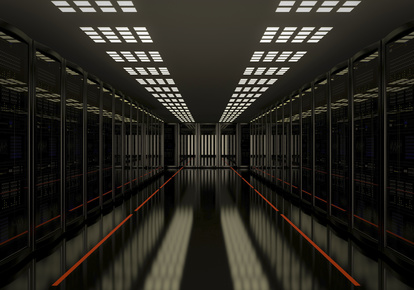 Microsoft has introduced a wide array of beneficial new features in Windows Server 2016. The new improvements will revolutionise your view of data centres. If you upgrade to the new platform, your server management capabilities will benefit from the improved functionalities.

Here are the additional enhancements that easily stand out.

Without a doubt, the most intriguing feature in Windows Server 2016 is the new Nano Server. The Nano Server is an improved installation option, which has been refactored to its minimal functional state.

Microsoft has minimalised it such that it lacks any direct user interface, apart from the new Emergency Management console, which is used for carrying out initial configuration duties. In fact, the Nano Server is developed to be managed entirely remotely.

In summary, the new Nano Server offers the following benefits:

Docker is an open-sourced platform that allows applications to be built and deployed easily in the form of lightweight, independent sandboxes (known as containers) that can operate on a wide range of environments.

Although Docker-powered containers were primarily developed for Linux/UNIX applications, they are now incorporated in Windows Server 2016. With this new technology, Microsoft expects to bring the advantages of containerisation to the server environment.

One of the best-improved security aspects of Windows Server 2016 is the Host Guardian Service, which comes with the Shielded VMs feature. This feature offers multiple layers of in-built fortification to protect virtual machines from compromised access.

Shielded VMs utilise VHD encryption technology together with a consolidated certificate depository for approving access to the virtual machines. A user will be allowed access only if his or her entry aligns with any of the approved benchmarks in the depository.

Every virtual machine utilises a Trusted Platform Module (TPM) to support the usage of disk encryption with BitLocker. Furthermore, live migrations are also encrypted to protect the virtual machines from man-in-the-middle attacks.

For example, if your Hyper-V host has virtual machines from several tenants, and you want to enforce their security to prevent any user or administrator from gaining unauthorised access; in such a situation, you can use BitLocker Drive to encrypt the hard disks of the virtual machines.

Another feature that has been greatly improved in Windows Server 2016 is networking. The improvements are meant to boost its software-defined networking capabilities and enhance performance.

Here are some networking features that have been improved.

Microsoft has also introduced a number of helpful features to the Hyper-V virtualisation platform. With these new Hyper-V functionalities, enterprises can take their virtualisation experience to the next level.

To start with, rolling Hyper-V upgrades simplifies and fastens the migration of clusters from Windows Server 2012 R2 to Windows Server 2016. This new feature allows you to carry out the upgrades without bringing the cluster down or moving to a new hardware.

Previously, upgrading a cluster required that you first bring it down or deploy a new hardware, something which made the process unnecessarily tiresome. However, the rolling cluster upgrades significantly lowers the effort required to make an upgrade and makes the entire process less agonising.

Another Hyper-V improvement is nested virtualisation. This feature allows you to host a Hyper-V within a Hyper-V virtual machine—instead of being restricted to hosting the Hyper-V role on a physical server. Previously, this capability was impossible, but it has been introduced in Windows Server 2016.

If you want to deploy extra Hyper-V hosts and reduce hardware costs, the nested virtualisation feature will be of great help. You can also find the feature useful during development and testing situations.

Lastly, Hyper-V server now allows you to hot add or remove a virtual hardware or adjust the virtual memory, without experiencing any downtime issues. Previously, performing such changes required that you first switch off the virtual machine.

In Windows Server 2016, such changes can be made even when the virtual machine is online and running. For example, you can now include another virtual network interface card (NIC) to an operating Hyper-V virtual machine.

Here are the improved storage features.

Windows Server 2016 is rich in various computing, virtualisation, and security features, which were not available in the previous versions.

With the new and improved capabilities, Microsoft has demonstrated its commitment to assist customers make the most of their data centres.

Therefore, if you want to take your server management experience to the next level, upgrade to Windows Server 2016 today!

Here are some useful resource:

Get your free edition of the easiest and fastest NTFS Permission Reporter now!