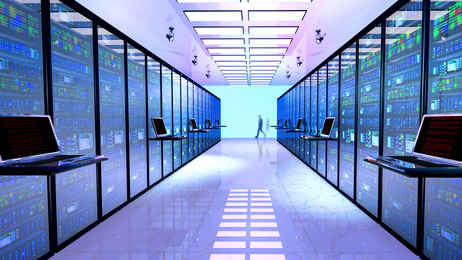 Microsoft usually releases improvements to its Windows servers on a frequent basis. The next in line is Windows Server 2019. The tech giant announced its scheduled release on March 20, 2018. This is after two years since Windows Server 2016 was released. The first server to be released under this brand name was Windows Server 2003.

Although Windows Server 2019 has not been officially released, its preview is available for access. Microsoft said it will be fully released later in 2018. Being the latest build, it is expected to come with several interesting new features.

The first feature which many people would consider is security. This is because of the increasing cyber security incidences. A study by Microsoft shows that cyber attackers take just 24-28 hours to infect a system and can stay unnoticed for about 100 days. Many people have fallen victim to these attacks, which make them lose valuable information and resources.

This version of windows presents a three-fold strategy to security: Protect, Detect, and Respond. All the three areas have been covered in terms of security features.

Regarding the Protect security strategy, Microsoft has improved the capabilities of Shielded VMs, which were introduced in Windows Server 2016. The purpose of Shielded VMs is to safeguard virtual machines from unscrupulous administrators. This means that only legitimate VM administrators can manage it on broadcasted and healthy fabrics. Another advantage is that these shielded VMs also support Linux-driven virtual machines.

To improve the troubleshooting features of Shielded VMs in both Windows and Linux operating systems, Microsoft intends to extend VM Connect. Encrypted Networks will also be incorporated which will allow administrators to encrypt and protect network segments without much hassles.

Regarding Detect and Respond security feature in Windows Server 2019, Microsoft has included Windows Defender Advanced Threat Protection (ATP) which offers an added layer of protection. It also can detect external intrusions as well as zero-day exploits, which increase response times and implementation of security measures.

As a result, it will allow customers to access deep kernel and memory sensors, something which will enhance anti-tampering capabilities and quicken the response of server machines.

To ensure that customers’ digital assets are safeguarded from cyber attacks, Microsoft has tried to cover all security loopholes in this version of Windows.

HCI is one of the latest trends in the server industry today. A report by IDC shows that the HCI market grew by 64% in 2016. And, by 2019 it is forecasted that it will be a $5 billon industry.

The reason for this rapid growth is because customers understand the advantage of having x86 servers with robust and productive local discs, which simultaneously caters for their computing and storage requirements. Furthermore, HCI comes with the flexibility to scale such deployments conveniently and speedily.

Microsoft is also including the capability to control HCI deployments in Project Honolulu, something which customers have been looking forward to for simplifying their daily management tasks on HCI environments.

Microsoft aims to improve the developer experience by enhancing the capabilities of Windows Server containers and Windows Subsystem on Linux (WSL).

Windows Server containers were initially introduced in Windows Server 2016 and have been widely used. Since their introduction, thousands of developers from around the world have downloaded millions of the container images.

In Windows Server 2019, Microsoft intends to shrink the Server Core base container to about 30% of its present size of 5 gigabytes, something which the developer community has been asking for.

Therefore, the reduced size will lead to a reduction of 72% in download time, which will further accelerate performance.

Microsoft is also enhancing the options users can have appertaining to deploying Windows Server containers. In Windows Server 2019, Kubernetes support, which is presently provided in beta, will have major enhancements concerning computing, storage as well as networking capabilities.

However, developers have been claiming that switching environments between Linux and Windows deployment is difficult. To tackle this issue, Microsoft has extended WSL into insider builds available in Windows Server. This means that Linux containers can be ran simultaneously with Windows containers on a Windows Server. Microsoft is incorporating all these features to help Linux users to include their scripts in Windows environments without many difficulties.

In Windows Server 2019, the tech-giant intends to make it simpler and easier for customers to adopt hybrid cloud solutions. For example, customers will be able to incorporate Azure services conveniently and without interrupting their applications and critical IT operations.

For installation purposes, Windows Server 2019 offers the Server with two installation alternatives. You can either choose the Desktop Experience or the Server Core installation option, a feature which guarantees application compatibility for present workloads.

For tech lovers, the release of Windows Server 2019 will be a huge milestone. The full version will be released later in 2018. Considering that Windows Server 2016 was the fastest model to be adopted, the 2019 model may be bigger and better.

With a series of eye-capturing capabilities, Windows Server 2019 will offer more benefits to users upon upgrade. This will be a major development for Microsoft, as many people are anticipating for its release.

If you wish to try the Windows Server 2019 preview version, you can download it here.

Get your free edition of the easiest and fastest NTFS Permission Reporter now!